I’ve had a truck for a couple weeks now. (Long story.) So I’ve been taking care of niggling errands around town, and visiting places I haven’t been to since I was dating someone with a car who took me to them.

Today’s errand was cashing in my change at a Coinstar machine. The places that have them around me are all bike-hostile; mega shopping centers and the like. So my coins have been piling up for years now.

These things, it seems, are not money, or are money no longer: 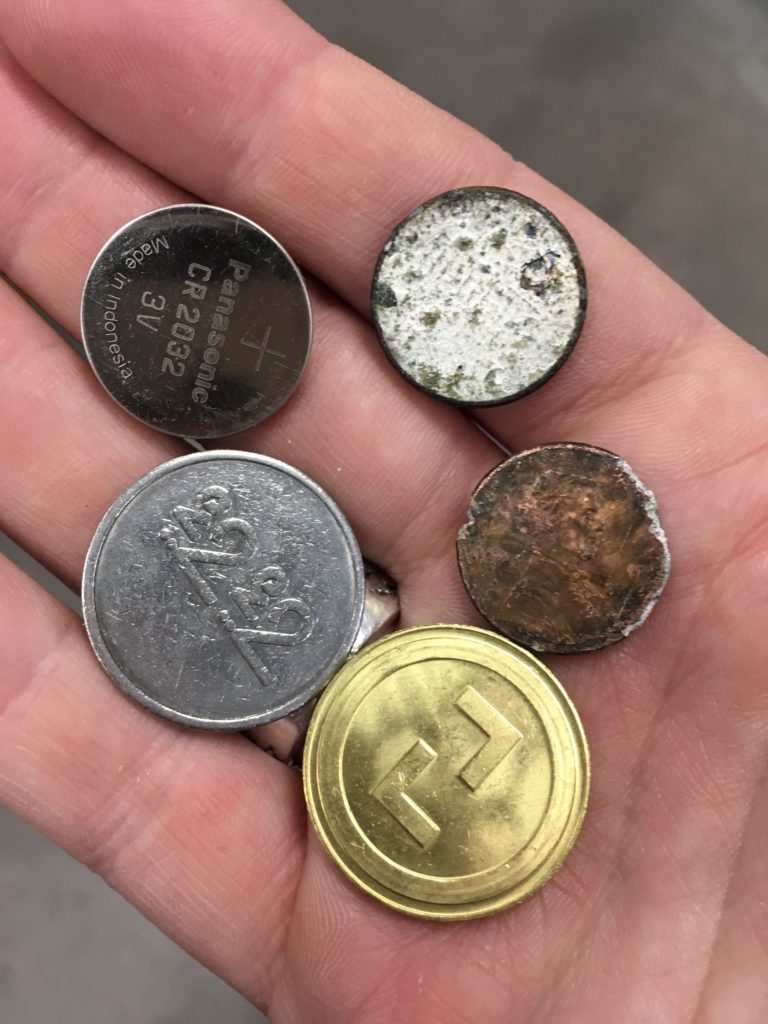 I should get a bank account here, in Minneapolis. I know. But aside from needing my coins counted it hasn’t mattered.

While feeding my coins through, no fewer than three people asked me “Do they charge a fee?” Yes, they do. It’s exorbitant. But now it’s done and I don’t care. You can pick a gift certificate with no fees, but I couldn’t see myself spending $130 at Applebee’s. The last time I was at an Applebee’s my traveling companion had gone to bed at 9pm so I walked across the hotel parking lot to an Applebee’s and got drunk on $2.50 Long Island Iced Teas (meaning I was tanked $7 later). $130 worth of late night happy hour Long Island Iced Teas at Applebee’s could kill a bridal party.

The money’s already spent, in my head, anyway. I bought a camera I don’t need this morning from a Craiglist ad. I’m on a film photography kick now. So if anybody wants to buy this camera in, say…April? May?…let a guy know.

This is kubie.co, the online home of Scott Kubie, a designer who writes. Scott is the author of Writing for Designers and publishes the weekly UX Writing Events newsletter.

Periodic updates on my life, work, and projects.